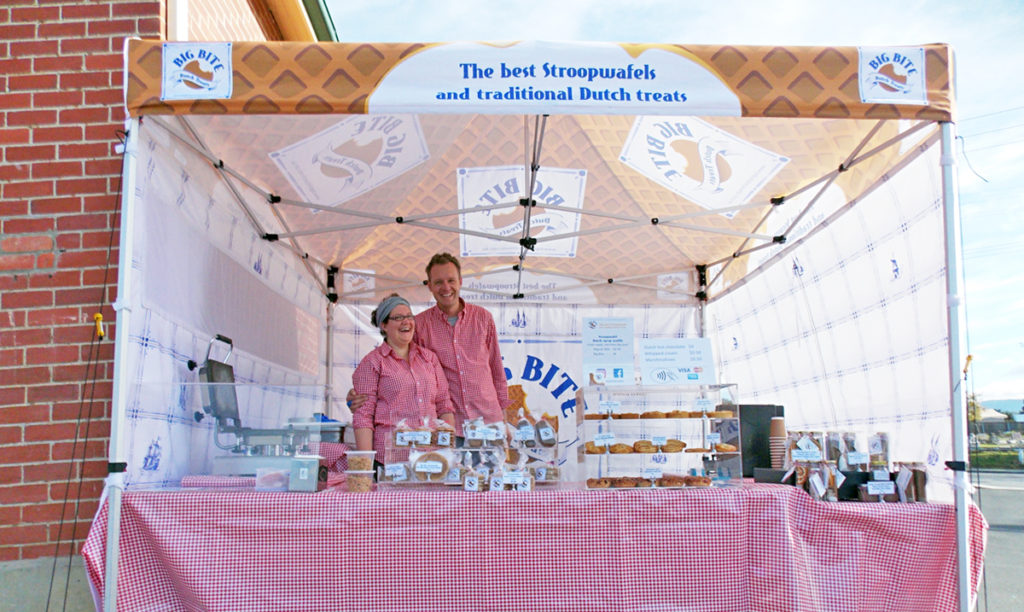 Richard and Melanie migrated from the Netherlands to the outback community of Halls Creek in Western Australia in 2010. After different jobs and adventures all over the mainland, they eventually visited Tasmania, and found it to be the perfect place to call home.

Driving off the boat in Devonport they couldn’t believe how green Tasmania was! Very soon, they also discovered how friendly and welcoming the people were too. Richard says, “we began to notice there were a lot of people with Dutch heritage in Tasmania. They missed the same traditional sweet treats as us – Stroopwafels!”

Stroopwafels are a very traditional Dutch syrup waffle. When the weather is cold, they can often be found placed on top of a hot drink, so the syrup melts, just a little. 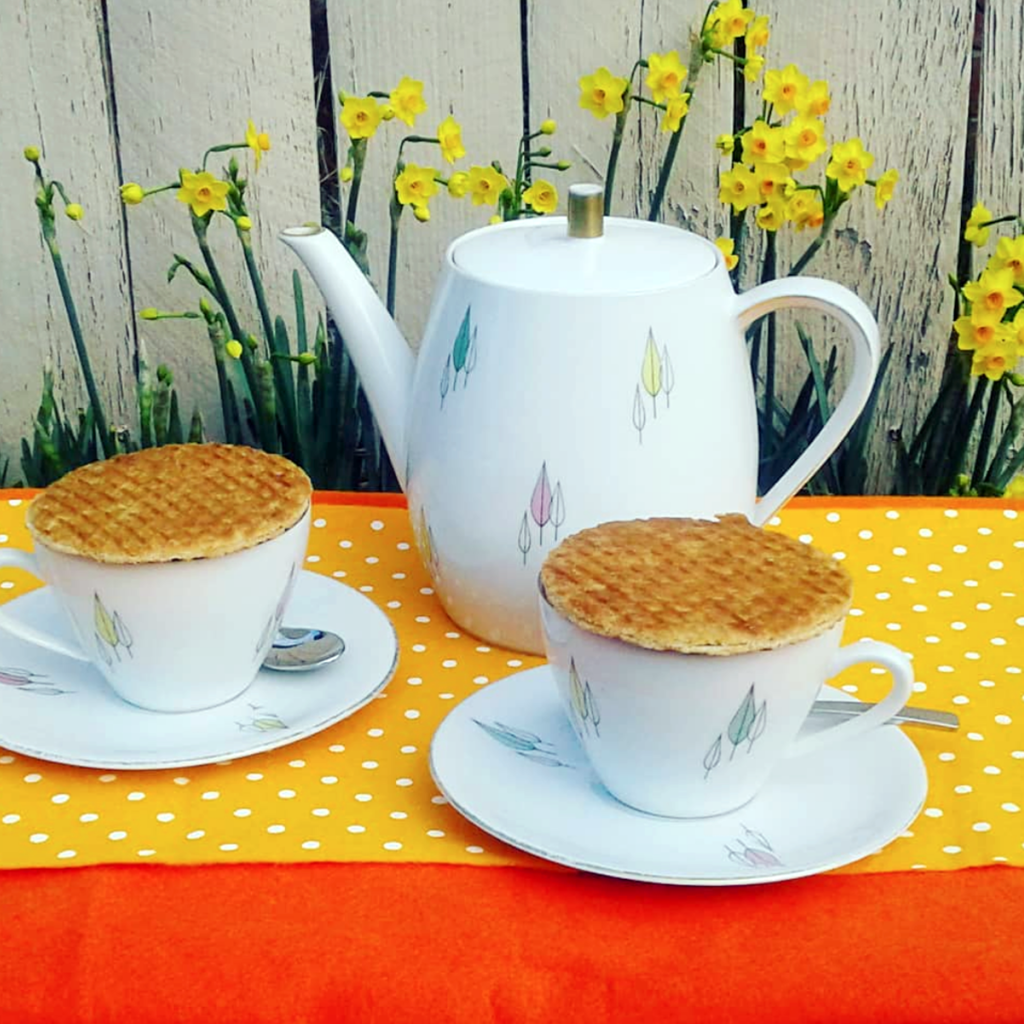 The time and place now seemed right for a business idea Richard and Melanie had talked about for years. They decided to open a little Dutch bakery! There was enthusiastic support from business advisors and friends. The couple applied for NEIS training with Konekt Employment in Launceston and were accepted the next day.

Richard was originally a youth worker and Melanie a community worker. Both were keen cooks, but never at a commercial scale. Going through the planning process with NEIS, the business began to take shape, and a small mobile operation offered the most effective model.

“NEIS training gave us insight into tax benefits and what costs could be paid for by the business. Thanks to the support we were able to invest our profits straight back into the business. This enabled us to buy a trailer, to carry and sell even more product. We also learned about networking, social media and creating a following.”

Researching equipment and recipes were both important elements to get right. Once the waffle iron arrived from the Netherlands, weeks of extensive testing and eating followed. Good Stroopwafel recipes are tightly held secrets in Holland. Richard and Melanie were determined to create their own signature recipe, using only Australian ingredients. That recipe is now their best-kept secret! 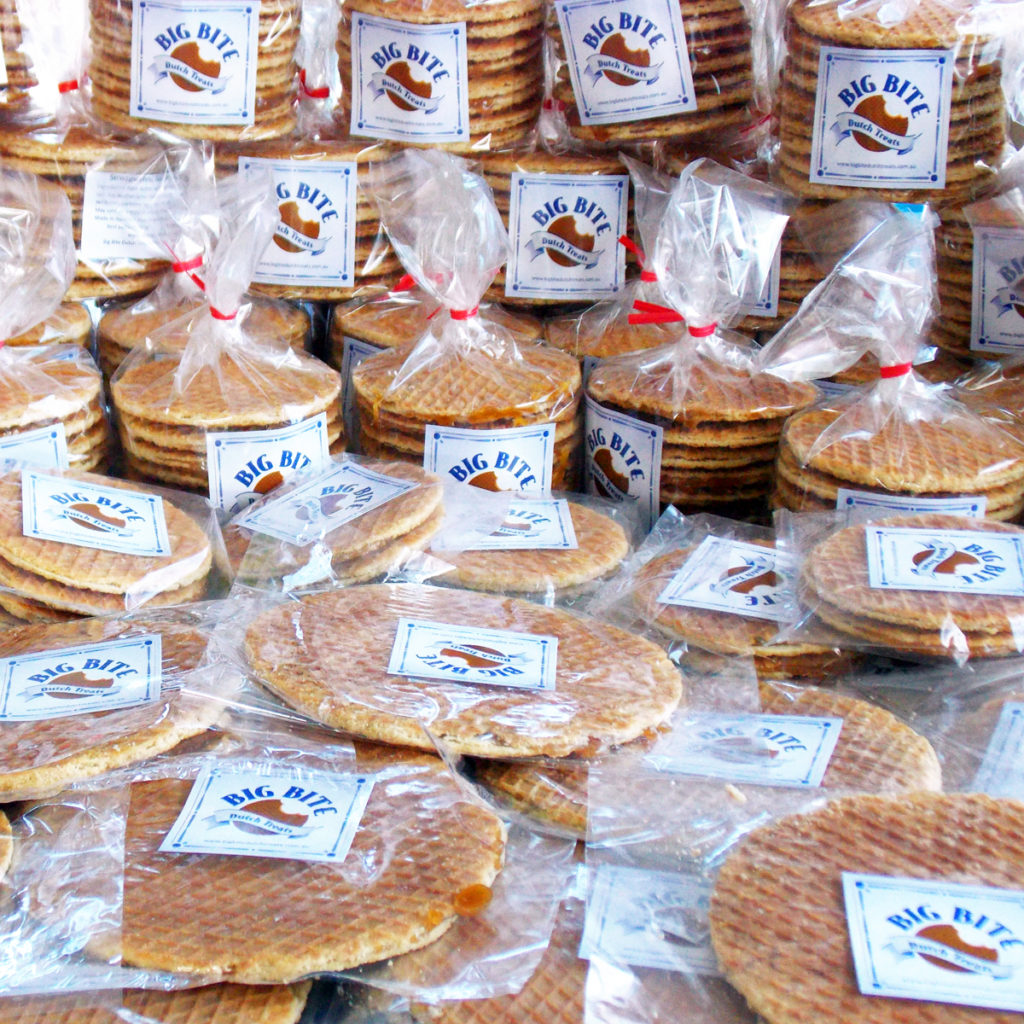 Richard and Melanie have a great rapport with their community, both online and in person. On Facebook and Instagram, they post regular photos of customers happily tucking into their products. Richard says, “We love chatting with our customers. One of our regulars from New Norfolk told us his mum used to make Pindakoeken (Peanut Biscuits). The week after we brought in a fresh batch and he was over the moon.”

Business is good and over 4000 stroopwafels have been sold so far. Richard believes “selling such a traditional product brings back memories for people who moved to Australia many years ago, or who had a Dutch parent. We sometimes think we are selling nostalgia.”

Do you have a great business idea? Take the first step to becoming self-employed with free NEIS training. Use the postcode search tool to locate your nearest NEIS provider for a chat.